Mensor’s Air Data Test Set and Indicator are vital to the safety of commercial and military aircraft, but can they be used to solve the crucial problem of climate change?

Climate change refers to weather that is acting out of the ordinary in an extreme fashion, usually based on historical patterns of a geographical location. In recent years, abnormal weather events have deeply affected communities, whether it’s sub-freezing snow storms in rural Texas or high intensity hurricanes in New York City. It is a problem that has garnered much debate in the 21st century of how it should be solved.

According to AZ Central, a local news website in Arizona, scientists at the University of Arizona attempted to solve this problem by testing a new air pollution monitoring system. However, it failed because the machines could not handle the high temperatures. Perhaps, there are instruments built to withstand an intense environment and collect atmospheric data, which would be beneficial in taking the first steps toward the solution to climate change.

Air Data Test Sets and Indicators are utilized to control and measure the altitude/altitude rate and airspeed/airspeed rate with a high level of accuracy. These products are used to test components that will be critical to the performance of aircraft. The CPA2501 Air Data Test Indicator is specifically as a reference device for high accuracy aviation indicators or as a calibration device. This device is used in research and development laboratories as well as military applications to aid in aircraft performance. Additionally, it is commonly used for wind tunnels that automotive and aerospace manufacturers utilize to determine how an object will travel through the atmosphere. 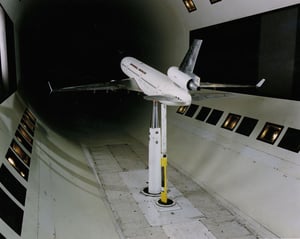 The CPA8001 Air Data Test Set is a pressure controller used for calibrating aerospace instruments such as altimeters and other air data systems. The information from the data test is utilized in aviation repair stations and helps aviation manufacturers produce high-quality, safe products. 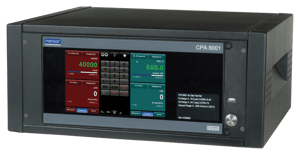 So with all of these different functions, how will they tackle the issue of climate change? While these devices may focus on the pressure aspect of air data results, sometimes that alone can determine the quality of the air. According to Southwest Clean Air Agency (SWCAA), high atmospheric pressure can inhibit motion in the atmosphere which allows pollution to build up.

The CPA8001 Air Data Test Set can control and measure pressure at a high accuracy, so it is ideal for doing a full calibration of many atmospheric pressure monitoring equipment. Also, the SWCAA says large decreases of atmospheric temperature can contribute to climate change. Fortunately, the CPA8001 Air Data Test Set also has temperature compensation built into the transducers. This allows the device under test to go through temperature swings that simulate atmospheric changes while the CPA8001 will continue providing an accurate pressure output. These readings can also indicate other climate change factors such as changes in solar activity, variations in the Earth’s orbit and the increase of carbon dioxide in the atmosphere.

A simple answer to the original question is that Air Data Test Sets and Indicators can be a small step to solving the big problem of climate change. When used within their specifications, calibration instruments can serve as collateral benefits for those seeking to eradicate this issue. The scientists from the University of Arizona did not succeed in their efforts because they did not have tools sufficient for the task at hand.

However, the CPA2501 Air Data Test Indicator and CPA8001 Air Data Test Set are built to compensate for extreme atmospheric settings while providing accurate pressure and air data information. Click the link below to get more information on the potential weapons to beating climate change!