When we think of pressure, our scope tends to be rather limited. We think of the air pressure in our tires, the pressure in our favorite football or volleyball, even our blood pressure. But the applications of pressure in our world are much more than that. Pressure, through the use of hyperbaric and hypobaric chambers, could potentially aid in disease and infection control, early detection of life-threatening illnesses, and help break beyond our bodies’ limitations.

Hyperbaric pressure has a wider range of uses, primarily in the medical field. In order to utilize hyperbaric pressure, it must be used in a specialized chamber known as a hyperbaric chamber. In this chamber, the pressure is increased anywhere between 2-25 atm over the standard atmospheric pressure, and the patient is given an air supply of 100% oxygen in this environment. This type of treatment is called hyperbaric oxygen therapy (HBOT).

An example of a hyperbaric pressure chamber

At this pressure, our lungs are able to bring in 22 times more oxygen than they normally would be able to at sea level. HBOT is commonly used for decompression sickness and to speed up wound healing. One of the more interesting uses for HBOT is the treatment and control of necrotizing infections and infections with an acute resistance to antibiotics.

Another typical application of hyperbaric pressure is found in scuba diving, in which diving chambers are used as personal transportation capsules that maintain internal pressure to allow for training or rapid decompression.

Though the applications of hypobaric pressure are somewhat limited, they are very valuable. Just like HBOT, there are specialized chambers for utilizing hypobaric pressure. These chambers are used in both the aerospace and the medical industries to simulate the effects of high altitude on the human body.

Hypobaric pressure chambers simulate high altitude conditions by using a vacuum pump to evacuate the air out of the sealed chamber at a constant rate. Airflow to the container is controlled externally according to the parameters of the simulation. In a high-altitude environment, air pressure, along with the concentration of breathable oxygen, decreases. As a result, the body struggles to get enough oxygen in to the bloodstream, which causes a condition known as hypoxia. In more severe cases, the condition can be fatal shortly after symptoms arise.

In the medical field, hypobaric chambers are used to determine the manifestation of hypoxia symptoms in different individuals who operate in high altitude environments above 10,000 feet. This gives field doctors a better idea of what to look for in each individual so treatment can be expedited.

These chambers are also utilized by many elite athletes. This particular application is used to create a very mild case of hypoxia in the athlete during sleep. As a result of the body’s natural response to hypoxia, the body’s ability to circulate oxygen is increased, especially during strenuous activity.

Another application, and probably the most widely used for a hypobaric chamber, is to simulate the effects of hypobaria in high altitude training for commercial and fighter pilots. The simulation covers rapid decompression profiles for quick ascends from 25,0000 feet (5.5 psi abs.) to 40,000 feet (3.5 psi abs.) within a few minutes. As the individuals train in these chambers, they are able to overcome their own limitations and fully adapt to their work environment.

As with many other pressure systems, transducers are often necessary for these pressure chambers to function properly. The available technology of highly accurate pressure transducers can be used to precisely monitor the pressure in a chamber. These transducers become significantly more important when the human body is involved. An accurate reading or a slight change in pressure can mean the difference between life and death with these types of treatment.

Applications of pressure can have a profound effect in our world. With hyperbaric and hypobaric pressure systems, medical and military advances can be safely achieved with the current pressure transducer technologies available. 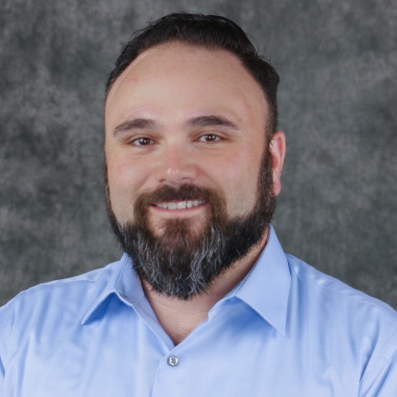