The Many Types of Pressure Gauges in Measurement Industry

A gauge is essentially an instrument or device for measuring the magnitude, amount, or contents of something, typically with an analog or digital display. This can be a measurement of any property like pressure, flow, temperature, fuel, or length. The word “gage” is often used as a variant spelling for the word “gauge” in the measurement and instrumentation world.

As the name suggests, a pressure gauge is an instrument used to measure and indicate the pressure of a liquid or gas inside a system compared to atmosphere or another reference. There are numerous types of pressure gauges available, each using a different technology or indication method. 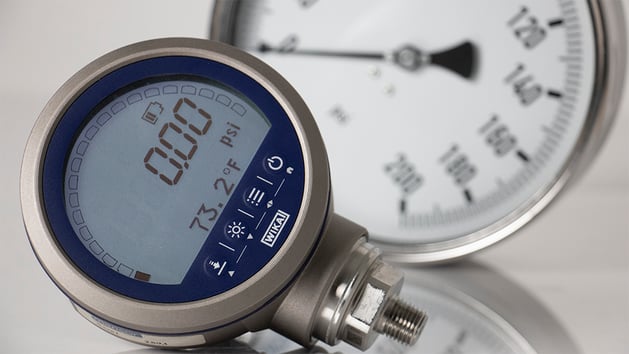 Analog pressure gauges typically refer to devices that use purely mechanical pressure sensing technology and indicate the measurement by a needle movement on a dial with markings for each pressure value. The movement and position of the needle pointer give a visual indication of the pressure that is being measured.

Most analog pressure gauges have one of these three pressure sensing technologies:

Bourdon tubes are radially formed tubes in either a “C,” helical or spiral shape, which is anchored to the base of the gauge on one side and connected to a pointer on the other. When the bourdon tube is pressurized, its cross-section tends to become more circular, which tends to straighten the shape. This movement of the tube is captured by the pointer to indicate pressure. Bourdon tube gauges are the most common type of analog pressure gauges found in the industry and come in various pressure ranges, pointers and bourdon materials. The visually displayed dial and needle are often liquid-filled or vacuum-sealed to reduce the noise for a variety of applications.

Diaphragm pressure gauges contain a wave-shaped diaphragm that is connected to the pointer using a link mechanism. Pressure is applied to one side of the diaphragm which is often encapsulated by a flange. The movement of this diaphragm (expansion or contraction) is captured by this link and transferred to the pointer to indicate pressure. Different surface areas of the diaphragm can provide various levels of sensitivity. For example, a diaphragm with a large surface area will provide greater sensitivity and is common in many low pressure applications. Additionally, and especially for aggressive media, the diaphragm along with a flange will prevent the measured medium from entering the sensing device, which is why the diaphragm gauges are popular in applications requiring lower pressures or aggressive media.

Learn more about the advantages of Diaphragm Pressure Gauges

Bellows are one-piece, collapsible units that have deep folds or convolutions formed from very thin-walled tubing. When pressure is applied or relieved to the inside of a bellow, it contracts and expands, respectively. This movement is then transferred to a pointer via a link. Similar to a diaphragm gauge, bellows with larger diameters are best suited for low pressures and can deliver a higher performance accuracy. Typically, bellows vary from 5 to 20 folds, but they are limited in the maximum achievable pressure because of their length.

Simply put, a digital pressure gauge is a device that displays the pressure output digitally through a screen mounted on its body. Typically, digital pressure gauges use an electro-mechanical form of pressure measurement inside their casing along with circuitry to translate this value to a displayed reading. A digital output will generally allow an operator to easily record a pressure reading with much more resolution than its analog counterpart. Digital gauges require a power source, often in the form of a battery, to operate and power the sensor inside, along with the display.

Usually, digital pressure gauges have one of the following technologies:

With a plethora of technologies, both analog and digital gauges find their use in a variety of applications. Analog gauges are most suitable for industrial applications which have a higher error band than test and measurement applications. Due to their mechanical nature, they don’t require any power supply or battery replacement to operate. However, they are susceptible to operator error in reading the pointer (parallax) along with any mechanical stress, vibration or overpressure.

Digital gauges, on the other hand, provide unparalleled convenience in reading the measurement and are often magnitudes higher in overall accuracy and resolution than their analog counterparts. With the ability to record faster readings reliably over a wider temperature range along with remote monitoring capabilities, they are often the choice in sensitive and critical measurement applications. 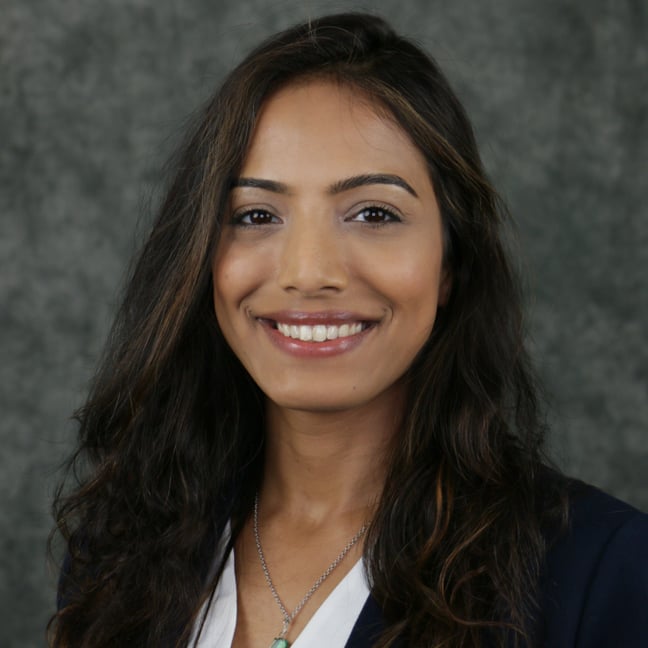